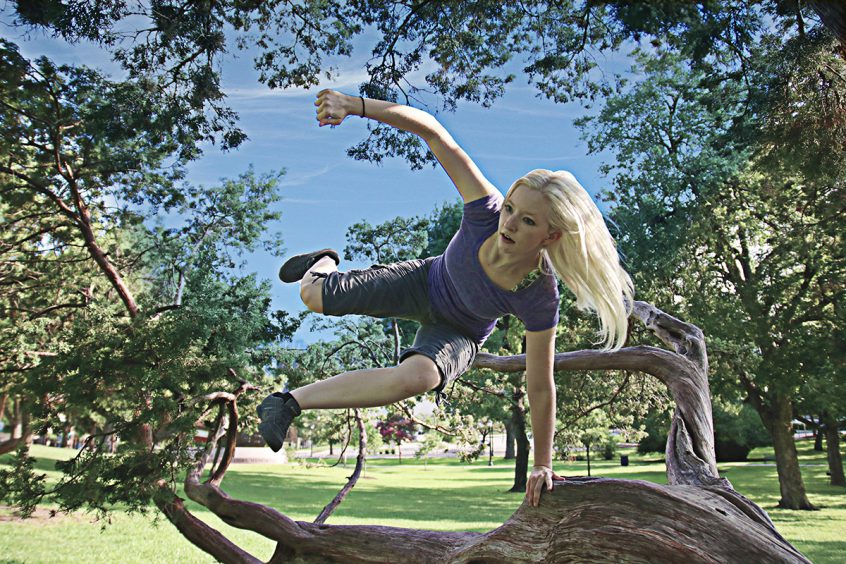 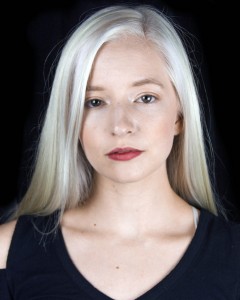 I was introduced to the parkour community around 2010. At first I only tagged along, watching and taking photos. I really didn’t think it was for me and nor something I had the ability to do. I thought it had to be dangerous and was only for people with years and years of gymnastics experience. It took me a long time to learn that I didn’t need to be a pro gymnast to practice parkour.

I fell in love with parkour once I realized I didn’t have to move like anyone else or do crazy stunts.  I’ve always been a very anxious person and normally stayed in a nice little safe bubble but after a while I knew I wasn’t happy being dormant. I was used to being in front of some screen either making videos or doing graphic design but I knew I couldn’t sit still for the rest of my life. I started moving with my camera, chasing the guys down the streets to catch the best shot. The more I captured the art of movement in my camera, the more I knew that this was something I wanted and needed to do for myself. There was only so much I could experience through a lens. Parkour helped me reclaim my body, mind, and my world.

I started to take training seriously in about 2012-2013. I’d often get discouraged because I never seemed to be at par with the others in my community, but thanks to great coaches, I kept going in one way or another.

Parkour became more than just a physical activity, it became my lifestyle. I assisted with coaching for community events and love bringing people into the movement community.

When I got to college, I used the topic of parkour for any open-ended assignments. Eventually this led to writing blogs, making videos, and getting more people into parkour.

Parkour is a mental and physical practice that has brought me peace and a sense of freedom I didn’t think I would ever be able to achieve. Also, since I’ve always been a comic book fan, I knew this was as close as I would ever get to having super human abilities. 😉

I believe anyone can learn parkour, because a traceur is not meant to be like any other traceur. Everyone has their own style and ability as they have their own individual finger print. No one is the same, and its not about who’s best. Its about changing yourself for the better and never giving up on getting to where you want to be in life.