In this week’s ‘Athlete Spotlight’ blog article, we take a look at the journey, lifestyle and career of UK Free Running pioneer, Chase Armitage. Based in Basingstoke, Chase founded the world-renowned Parkour team 3Run. Now paved in the history of the UK Parkour scene, 3Run would go onto inspire and bolster the profile of Free Running and Parkour within the UK and later on a global scale. With their rise to fame coinciding with the mass of growth of social media and online video sharing platforms 3Run and Chase built a profile that allowed them to travel the world working on feature films, commercials, live shows and promotional events. 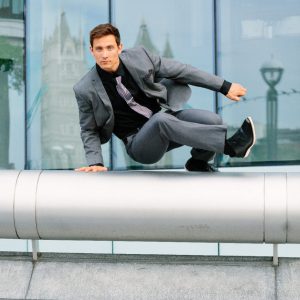 Prior to practicing Parkour and Free Running Chase had spent his early years devoting countless hours training in the Chinese martial art, Wushu. This passion came about as a result of the inspiration he had received from watching martial art movies including stars such as Jackie Chan and Jet Li. After years of training Chase would later become British Champion 6x as well as representing the UK in both World and European championship of the discipline.

His recognition for his high level in Parkour and Free Running led to him pursing multiple appearances in film and television. His major break-through came from playing a ‘Snatcher’ in Harry Potter Deathly Hallows. Following this Chase was cast as a driver in Death Race 2 and got his big break when he was cast as Justin in ‘You Got Served – Beat the World’. More recently, Chase was involved in the hugely successful live arena tour of ‘The Fast and Furious’ which took him across the UK and Europe performing every weekend. Additionally, he was featured in the viral promotional video for the PGA Tour. This video attracted over 1 million views in less than 48 hours. As well as performing in the advertising campaign, as a result of his impressive portfolio Chase was also commissioned to produce direct and edit the film alongside his specialist team. 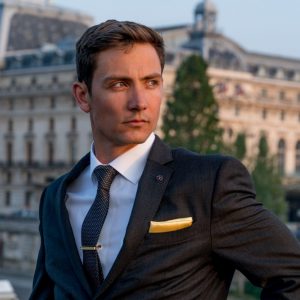 In addition to his love for Parkour, Free Running and movement Chase has a passion for film, his various photo and video projects are testament to his endeavour to share inspiration through capturing movement. Aside from his influence in the world of Parkour, Free Running, Movement, Film and Television, Chase is an ambassador for a plant-based lifestyle and the Vegan movement.