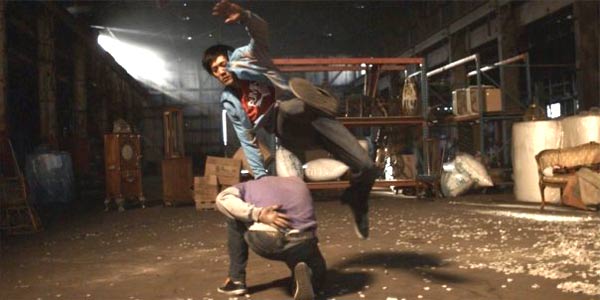 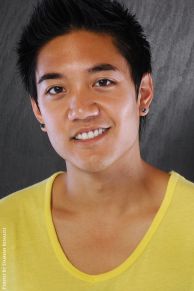 Inducted into the Inside Kung Fu Hall of Fame at the age of 14, Travis Wong can be seen in international ad campaigns, has coordinated performances for the NBA and Fortune 500 companies,  choreographed for artists such as Ne-Yo, Miley Cyrus, and Jennifer Lopez, and has graced stages from Universal Studios, Hollywood to the red carpet in Cannes.

Utilizing his martial arts background, Travis has broken into the stunt world as one of the newest rising performers that has been featured in some of Hollywood’s biggest productions over the past five years. Featured in 19 national commercial spots over the past three years alone, Travis will be seen in the upcoming “Twilight Saga: Breaking Dawn 2”, “GI Joe: Retaliation” (2013), and just this year finished work on Quentin Tarantino’s “Django,” “Percy Jackson and the Sea of Monsters,” and “Olympus Has Fallen.”

One of only 30 internationally sponsored athletes of the World Freerunning and Parkour Federation (WFPF), Travis has risen as an instrumental figure within the growing parkour community. He was the host of MTV’s Ultimate Parkour Challenge, as well as the official MC for the RedBull Art of Motion Championships from Boston to London. He will be the host of the 2012 competition in Santorini Greece, being broadcast live around the world in September of this year. In 2011, he was the chosen parkour athlete to do motion capture for Reebok’s Reezig campaign, doubling athletes from Amir Khan to Chad “OchoCinco” Johnson.

Recognized within the Martial Arts Tricking community for his contributions to the sport, Travis has become another face for this rising discipline. He was a feature character in Director Jon M. Chu’s original series The LXD: Legion of Extraordinary Dancers, in which he displayed his martial arts and tricking to the world. He is also the first credited tricker in motion picture history in Step Up 3D alongside fellow tricker Luke Broadlick.

In 2008, he opened the White Lotus Martial Arts Center, which became a mecca of tricking around the world and an underground training spot for some of the premiere athletes and stars in the industry. Artists from Justin Bieber to Chris Brown have prepared for music videos here, while crews such as the Jabbawockeez and Quest Crew utilized the space to prepare their stunts that helped them win titles on America’s Best Dance Crew.  On Season 4 of ABDC, Travis was the martial arts coordinator alongside Steve Terada for the “Martial Arts Challenge,” and has gone on to trick in countless live shows from the Kids Choice Awards to the stages of “American Idol” and “The Voice.” In 2012, he opened the Joining All Movement Center (JAM), an expansion of his previous dream in an even larger facility that has begun playing host to even more artists and projects.

Most recently, Travis has begun making the transition to the other side of the camera, becoming more involved as a choreographer and producer while still maintaining his passion for performing. He recently choreographed Jennifer Lopez’ “Follow the Leader” music video with over 60+ million views online, which was the first music video to ever be premiered utilizing Twitter. He has also assistant directed scenes for Call of Duty: Black Ops and the upcoming Modern Warfare 3 game, and has recently been attached to a new HULU series that is created by the minds behind Assassin’s Creed where he will implement his choreography alongside legendary parkour founder David Belle.