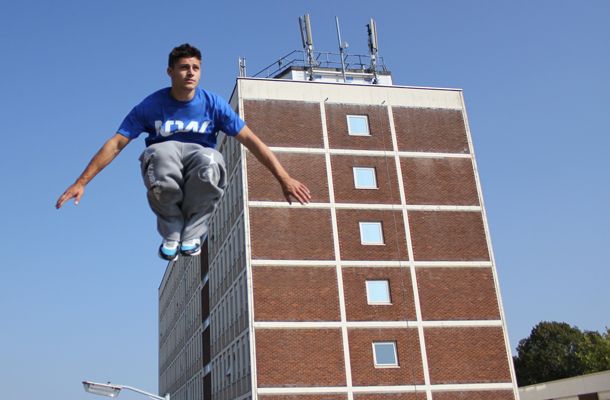 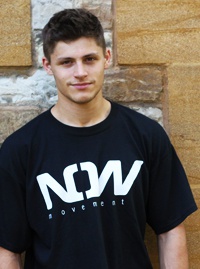 Pip became a widely recognized and respected Freerunner when, at only 17, he was chosen to represent the UK in the first ever World Freerunning Championships in September 2008. Pip finished 4th despite an injury incurred in the semi-final, and was featured heavily in the highlights of the event which were televised by SKYSports2&3 and shown all over the world.

Pip has since worked with an impressive list of companies including stuntwork for TV commercials for Sega Games, Walkers Crisps, internet commercials involving freerunning for Swatch and Hewlett Packard, advertising campaigns for Sony Ericsson, Vodaphone and Plain Lazy Ltd, and live promotional shows for Volkswagen, Honda, Microsoft and Adidas.

Pip was invited to be a founding member of WFPF (World Freerunning & Parkour Federation) an international team of some of the world’s best Freerunners who are currently promoting Freerunning in the United States. He was one of eight athletes starring in MTV’s ‘Ultimate Parkour Challenge’, an hour-long pilot show which aired on 22nd October 2009 and which gained just under a million viewers. Pip went on to be chosen for the six-part follow up series aired in June 2010 and was episode 5 winner.