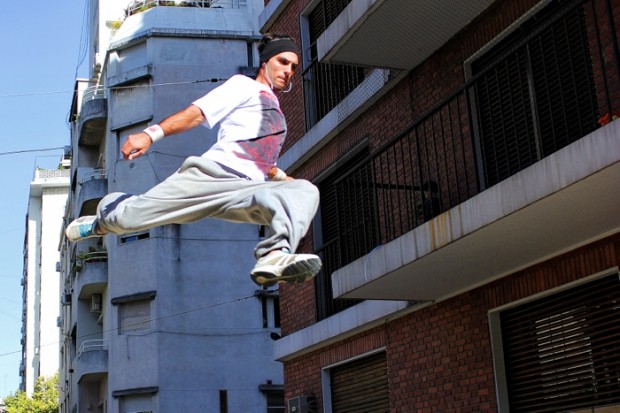 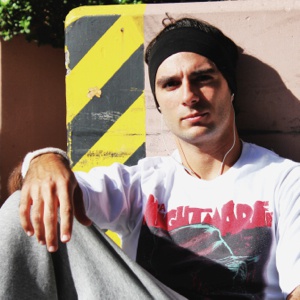 My name is Emiliano Rodrigo Perez (a.k.a. BOSTON). I was born in Boston, MA, and since I can remember I lived my whole life in Argentina. I am living in Mexico City now, and I have been training for about 7 years now. Since a little child I used to play soccer and when I turned 23 years old I started with Martial Arts, “Full Contact” mostly, which I practiced for about 3 years and I competed several times.

In 2006 by causality I discovered a video that caught my attention, it was a man who jumped and climbed walls and trees like a monkey. At that moment I felt identified because when I was a child and by that time I “played” with my cousin to climb up and move around the park games, without touching the ground. That was our way to spent the afternoon. That video I saw had a name “Street Climbing” and the song that was used for that video was “Lose Yourself” by Eminem, who is actually my favorite artist. It was the perfect combination for me! After seeing that video I started my investigation about what was all that about, and I finally discovered that the main man from that video was David Belle him self, that led me to know the word “PARKOUR” which gave me some reference to find more videos about this discipline.

Desperately I begun to look for somebody practicing Parkour in my country, Argentina, there were people who practiced it, but had no success. After a few months in a magazine, appeared a note of a group of young people who were practicing a “new discipline” called Parkour! The note was the product of the forum where different opinions about the discipline were debated, they were sharing photos and videos, and also discussing the days and times to meet up and train all together. I signed up and that was my first step to get into the Parkour community. Since that day I could not stop going out and moving, the feeling of freedom and creativity was what got me completely into it. With past of time I’ve got in well with people and then made very good friends and discovered that it was much more than a physical activity. Later I was able to start working doing Parkour, shows, commercials, TV shows and movies. That was when Parkour became the full part of my life.

In the actual times I keep on learning, teaching, doing workshops around Mexico, filming commercials, movies, making new friends, traveling, having a happy life, thanks to this beautiful discipline that I discovered by causality of life.

I am proud to belong to this beautiful and HUGE Family / Community. Greetings to all!