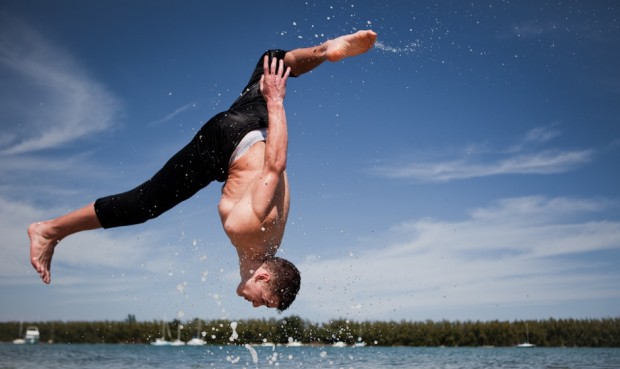 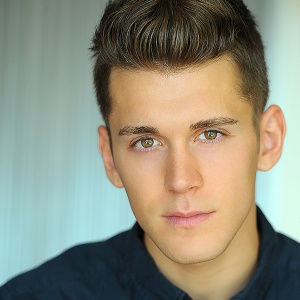 Ever since I was a child I was always very active and always looking for a new way to challenge myself, so I played every sport I could. At an early age I played basketball at a national level for the north west of England as the starting point guard. But after a year I was drawn away from it by the excitement of parkour, it wasn’t like anything I’d ever done before, I think that’s what has kept me interested in it for so long. Besides physical activities, I love music, never leave the house without my headphones on, different days I’ll listen to different styles depending on my mood.

I first got introduced to parkour/freerunning back in 2004 when I came across a group of people in my local park flipping off the climbing frame, at this point I could already do some basic flips so I joined in with them and just haven’t stopped since. This park became our place to learn new techniques and all kinds of moves until we began to explore our town and found other places to train. After a few years of practicing parkour/freerunning and traveling the UK to meet different “traceurs” and gain knowledge of the sport its self, I got invited to compete in the Barclay card world free running championships. I was unsure about the offer as I was never really interested in competing against other people, I would much rather train with the people I know in a non competitive atmosphere. However I accepted the offer and traveled to London to compete, I thought I may as well give it a try to see what it was like, I placed 3rd in the competition and won best trick. After this I realized that competition wasn’t for me, it seemed people were trying to prove they were better than others and I didn’t really care about that, I just loved to move.

I carried on training and started to travel more. Eventually a friend and I started our own parkour/freerunning class that was open to the public and we would teach people what we had learnt over the years. I then got involved with the WFPF and started traveling to America, becoming closer with the other athletes in the federation. During this time I was at college full time studying a BTEC National Diploma in Sports Fitness, I graduated this course with grades Equivalent to 2 A levels. After this I chose not to carry on studying but to pursue a career in Parkour/Freerunning as I didn’t want to be stuck in a regular job I wouldn’t enjoy for the better years of my life. Currently I play basketball for a local team in my town in England, when I’m not away its something to do if the weather is bad and I don’t feel in the mood to train.