Parkour In The Social Media World.

Nowadays young aspiring Parkour athletes are just an Instagram scroll away from getting their newest dose of movement inspiration from the latest viral video. However, this method of sparking attention for the sport has a popular predecessor to which the foundations of the Parkour movement owes a lot to. 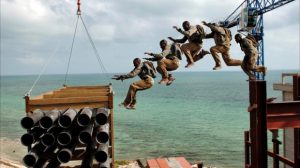 Prior to the height of the social media age, the inclusion of Parkour action sequences in films such as Casino Royale and The Matrix, carry much credit in sparking the huge surge of popularity that the world of Parkour and Free Running now enjoys. Many of the pioneers of the early Parkour social media movement were inspired by this mixture of acrobatic and martial art movements seen in such films. Despite the fact that at the time due to the lower awareness surrounding the sport, they were not necessarily aware that this type of movement was known as ‘Parkour’.

For many, the origins of the Parkour movement are attributed to Jackie Chan’s actions sequences in his popular action films. The gradual increase in the inclusion of Parkour in films since this time, has brought increased public attention and recognition to a sport that until the late 2000’s was largely unknown in the public eye. Nowadays when Parkour is featured in more modern films it is largely unmistakable among the audience for what it is.

Whereas in earlier features of Parkour in films, athletes would perform as stunt doubles to famous actors this relationship between Parkour and the movies has gradually begun to change over time. Nowadays with the increased focus on personal branding through social media allowing Parkour athletes to carve out a celebrity-type image for themselves within the sport, these athletes have also begun to feature as themselves in major film productions including Parkour action sequences. 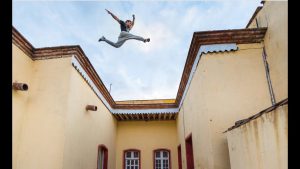 As shown by Sebastian Foucan’s famous chase scene with Daniel Craig in Casino Royal (2006) and Chase Armitage’s role as one of the leading actors in street dance film, Beat the World (2011).

While the popularity of the sport continues to increase, it will be interesting to see how this relationship between Parkour and the role of its athletes in movies continues to change over time…