On a quiet suburb of Paris lies the small and unassuming town of Lisses. Today the area is widely acknowledged as the birthplace of Parkour, and of course the playground to the first highly renowned Parkour team the ‘Yamaksi’. 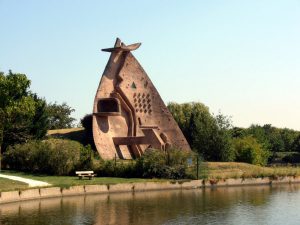 Lisses is the location for many early Parkour viral videos which include some of the earliest pioneers of the Parkour and Free Running movement, such as David Belle and Sebastien Foucan. As the suburb’s recognition for Parkour became more publicised it naturally also became the setting for many early popular documentaries and films about the Parkour and Free Running discipline. Such media were a pivotal catalyst in helping surge the popularity of the Parkour Free Running discipline. Examples of this include; the 2001 film, ‘Yamkasi’ and scenes included in the popular Channel 4 UK documentaries on Free Running; ‘Jump London’ and ‘Jump Britain’. 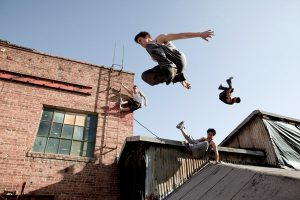 The symbolic significance of Lisses as the birthplace of Parkour and Free Running therefore became paramount, as a result of these early features through such media to mass audiences. Furthermore, the abundance of obstacles and opportunities to practice Parkour in a relatively small area also made it a highly desirable location for Traceur’s and Freerunners across the world to make the journey to test their skills. The lack of entertainment options and things to do in Lisses is also widely cited as an explanation for why it was the perfect place for the movement of Parkour and Free Running to initially emerge and then flourish.