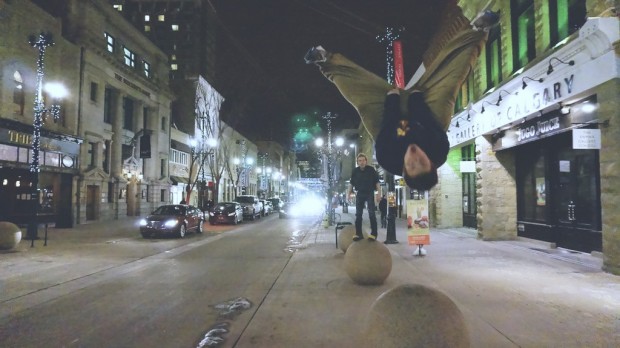 Where are you from?
I’m from the inconsistently beautiful Calgary, Alberta, Canada!

When did you start getting involved with Parkour/ Freerunning?
Back in 2006 I watched Oleg Vorslav’s “Russian Climbing” video and I thought it was absolutely breathtaking at the time. It inspired me to climb trees and try to replicate his movements which I horribly failed at. I thought I was stuck to jumping over fences when one day in 2010 while skateboarding with my buddies, my current teammate started to climb all over the structures, I was super interested this time. He took me to the local parkour gym which eventually became my second home.

So you recently dropped a little video on us about your new shoes, we loved the creativity and character in the video, how do you go about thinking for fun stuff?
Honestly, I only think of fun stuff when it comes to my movement. If it’s not fun I don’t really see much point in doing it, unless I’m drilling a technique or doing conditioning. I usually sit for a while and look at an object, think up a line that I think would be absolutely amazing and then I try to replicate what was in my head, butchering it over and over again until I churn out a line that reflects my own personality and movement. The less logical, the better. It’s a long thought process and an even longer filming process… sorry to everybody who has ever filmed me hahaha.

You trained in the gym for the whole video, why is that?
In Calgary we have three different seasons for training; beautiful training weather, everything is too wet to train on, and finally it’s too cold to train outside and everything is slippery. We have roughly 5-7 months of winter so a lot of my time training is spent training inside. Some days in winter we have downwards of -35 Celsius weather, -31 Fahrenheit for American readers.

How does gym training compare to your outdoor training? Whats the ratio?
Due to weather conditions, I train in the gym roughly 50% more than I train outside. It’s probably time to move somewhere warmer soon lol.

How do you find the KO shoes then? Pleased with your delivery?
Absolutely. I don’t know if this is a recent thing but I was very pleased with the new grip material; it’s more like a tire. 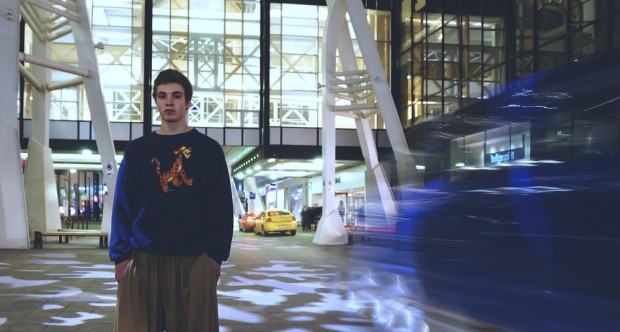 What are you passionate about outside of Freerunning?
When I’m not freerunning I’m usually weightlifting, endlessly searching the web for good underground Hip Hop music, or playing video games like Zelda, LoL, WoW, and GTA. I also teach ( 2 years now, WFPF certified) and work desk at the local parkour gym

Its the zombie apocalypse, and you have to pick a location to fortify and defend for a week before a helicopter will rescue you. Where do you choose to fortify?
Some kind of underwater shelter. Ever seen that in a zombie movie? No, because nobody is that smart.

What is important when developing your own style in Freerunning?
What’s important is to not get so caught up trying to be like everybody else, and forget to do your own thing. On a side note, don’t forget the little things, they’re all I focus on. 🙂 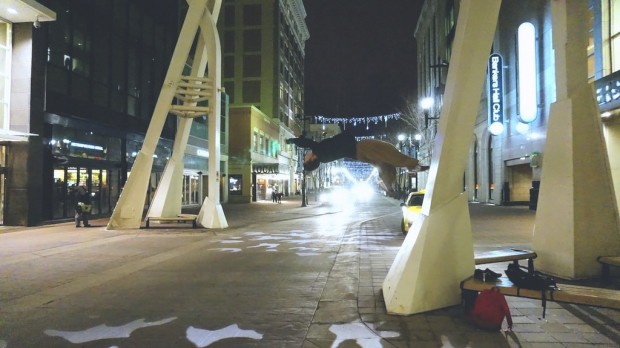 You can read more about Josh over on his Sponsored Athlete page.