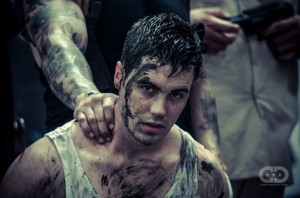 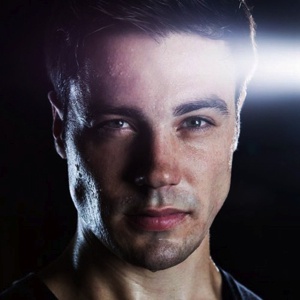 So let me start this post by introducing myself!

My name is Spencer Mulligan and I am a WFPF sponsored Athlete.

I live in Miami Florida where I run  a parkour and Martial Arts gym called Crusade Academy.

I am also blessed to work in the film industry as a professional stuntman. Stuntman is just a fancy term for: “I get beat up alot at my job”.

Its hard work but a lot of fun! I feel grateful everyday for what I get to do. However one thing is for certain. I would not be  a stuntman or a gym owner today without taking some chances.

It doesn’t matter where in the world you sleep, we all wake up in the same place: our comfort zone.

A couple years ago I found a pretty cool location to shoot or train! An abandoned stadium caught my eye one day driving home from work at my old job. So like any good parkour practitioner I had to “investigate” my new find. What I found was beyond amazing. A concrete paradise with a beautiful view of the Miami skyline. This stadium had been the home of skateboarders, graffiti artists, and the homeless for almost 20 years! Before Hurricane Andrew the Miami Marine Stadium showcased speed boat races to thousands of excited spectators. But that was then, now it had a “different” kind of glory.

My team and I frequented this spot regularly over the next few months without any interruption or trouble with the authorities. So last year I set up a photo shoot for Know Obstacles at the stadium. I told the guys about this amazing location where we could get some great photos. (And we did get some great photos.) 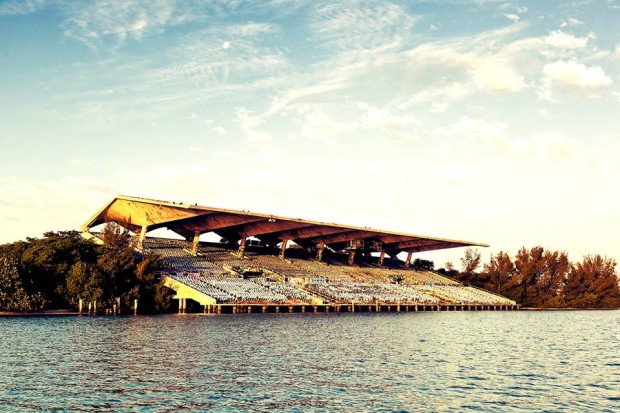 I said that it was an abandoned location but nobody would mess with us. (Or so I thought.)

Just my luck, we are on location mid photo shoot when it gets crazy! Helicopters fly over head. News vans and fire trucks show up. A police escort arrives!

First thoughts: “Everybody run! Every man for himself! Were going to jail! Time to use your parkour!”

So what did I do? I ran right over to the news crews and front flipped over a railing right in front of the cameras! I know, not the smartest action fro someone who is technically “trespassing”.

This action naturally caught everyones attention. This led to multiple questions from and conversations with the news, firefighters and other officials. I was introduced to a group of people called “Friends of the Miami Marine Stadium” who  informed me that they were all there that day to meet with the mayor to try to decide if they were going to tear the stadium down or try to save it. They were amazed by our skills and were blown away by the idea of parkour. this was turning out to be a great day!

One thing led to another and we eventually set it up to collaborate a parkour video featuring the stadium to help raise awareness for the cause. The video turned out great as well as helped out ALOT as the stadium is now in the process of being renovated! Mission Accomplished! Check out the video below 🙂

So what could have ended as a bad situation turned out to be a great endeavor and relationship with the city officials. Just goes to show what can be accomplished when you face questionable situations with an optimistic attitude!

I am not condoning trespassing or disrespecting your local authorities, I am just sharing what can happen when you take a chance and leave your comfort zone! 🙂 Always be courteous, professional, educated, and respectful.

The cherry on top of this story was last month when we were commissioned to perform a live show for the grand opening of the Miami Marine Stadium exhibit at the Coral Gables Museum here in Miami! It was a great opportunity to spread awareness about parkour and how it can be beneficial to our cities! We put on a great show and thrilled the crowd as we leaped and flipped from the roof tops to scaffolds to the street below.

Here is a photo of us with the engineer who built the stadium! 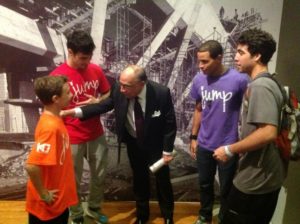 What an amazing day I had with my WFPF team and Family! 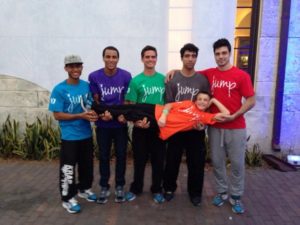 So next time you see the chance to take a chance make sure you don’t miss your chance!