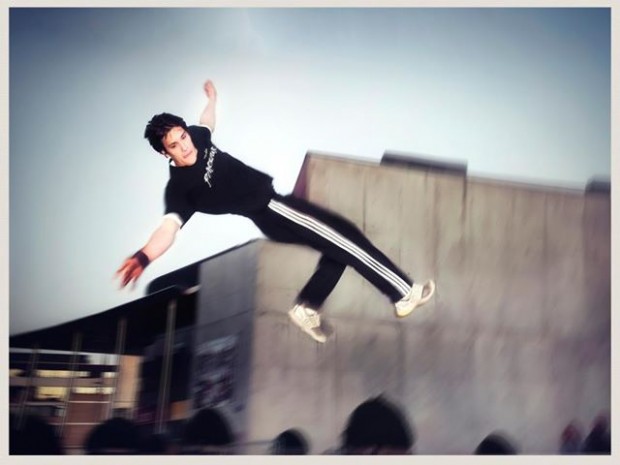 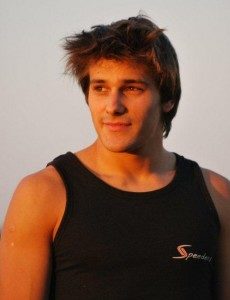 I’m Gaetan Bouillet (Get from the Team Speeders) and I come from Belgium. When I was a child, I always liked giving myself some challenges. My cousin,my brother and I were always trying to jump as far as we can, climbing the threes as high as we can, or simply going from my house to the middle of a kind of “wood” without touching the ground, using only walls, threes or stuff…

My parents, while always seeing me jumping around, had the idea to register me to a gym club when I was 10. I practiced 6 years gymnastic, and did some competitions that I sometimes won.

However, my teacher was always angry because I hadn’t really the” right gymnic style”… I mean I didn’t like to be straight, with my foot peaks straight too, and the body like a gymnast. I was always doing great stuff, but with a kind of “Street style”… and that’s why when I had the basics, I stopped gymnastic in a club to go just to the normal gym and train by myself, to not be forced to be always “straight and stuff”.

A few years later,when I started University, I saw on the internet the Speeders Team, who were doing what they called “Parkour”. I was immediately really interested in it, and began to try some of the moves I saw on the videos. By chance, and thanks mr Destiny, I met one day JrM From the Speeders at the Gym. We till this date became friends, and he introduced me to the other Speeders.

I saw they were sharing the same mentality as mine, and day after day I was more and more happy to ‘ve met them. We slowly became a welded team, understanding and completing with each other. After sparing so much time training and having fun together, they became my best friends.. and now we are really considered like “Brothers”. The skills I got now are because of them, and they’ll be my friends for life.