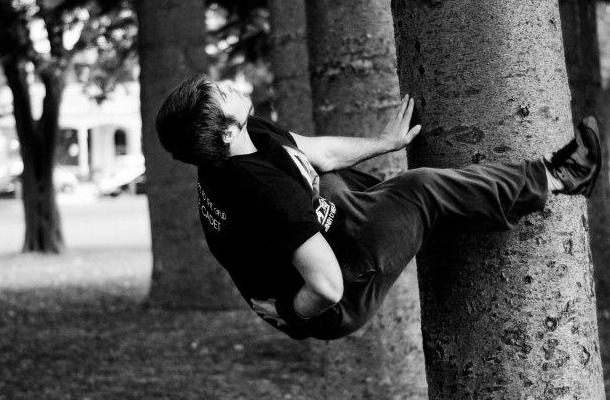 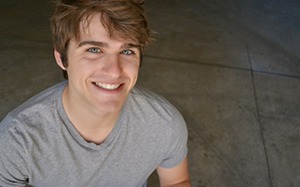 My name is Eric Matthew Joyal, I was born in Arlington, Texas on September 10th 1990. When I was five, my family moved to Terre Haute, IN where I spent the majority of my childhood and adolescence.

When I was young I was your “want to do everything” athlete playing baseball, baseball, soccer, racquetball, football, ice skating, track, cross country, a couple of martial arts and wrestling. I had a rough couple of years when my parents split in 2001 and then my cross country and basketball seasons met an abrupt end in 2003 when I was diagnosed with a bone infection in my right hip. I had surgery which removed a large portion of my lower pelvis and that, combined with my complications from the surgery, made an athletic career questionable. A determined young teen, I took my recovery extremely seriously, even doing silly things like drinking a gallon of milk a day to ensure that my bones recovered. After an exceptional recovery, I resumed all my athletics, which was a good thing because through middle and high school I was a young hothead with a chip on my shoulder. Sports were an outlet that kept me out of trouble. I began training parkour during the last trimester of high school after I saw it on youtube. I had full access to the wrestling room at school and began to train and learn simply by imitating what I saw on youtube, so consequently I tell people that I got really good at falling first! I graduated from high school in the top of my class and shipped off to Indiana University Bloomington to study biology and underwater science. There I met other practitioners and within one year I had a club recognized by the University. I led the group until my graduation in May 2013, expanding our numbers, organizing jams and performances including a TEDxBloomington, which led to the IU Parkour club becoming a charter member of College WFPF. My years in college really helped me to become a much more optimistic and versatile person, though I’ll always remain the comedic cynic. After graduation I moved to LA, am establishing California residency and I plan to attend graduate school for a master’s degree in marine biology. In the meantime, I am the director and perform with the WFPF Street Team and pursue my marine and scuba diving passions while working and volunteering part time.