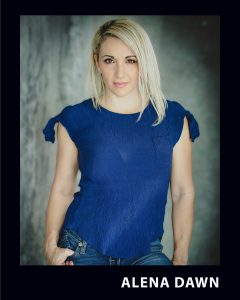 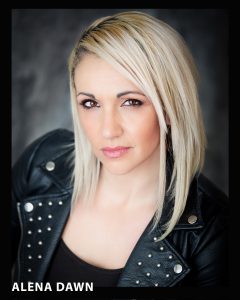 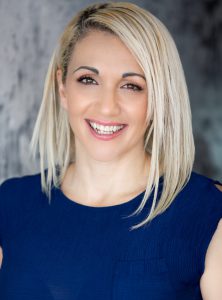 Alena Dawn has been an athlete and performer since she was a very young child. She began the studies of movement at age 4 with dance, jazz acrobatics and ballet. She began a love for gymnastics and running in elementary school. As she grew up her main athletic focus in high school was track & field and cross country as she competed at the state level every year. She has always been a strong athlete in power sports.

“Let nothing stand in your way and use techniques to be most efficient with your strength and energy!” 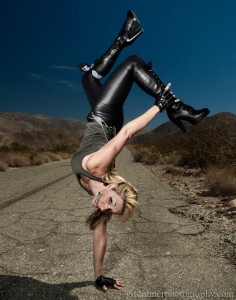 Art and theater have always also been a passion of her’s.

Alena competed as a NCAA Polevaulter for Seattle Pacific University where she eventually earned a BFA -Theater degree after changing her initial major of Exercise Science. After graduation Alena moved to Los Angeles to pursue work as an actress, stunt woman and designer. Alena quickly became part of No Mercy stunt crew and competed on American Ninja Warrior seasons 4 and 5 and appeared in many other productions. Alena is a Lady WFPF athlete. She has trained in Parkour, Freerunning and Martial Arts Tricking for over 4 years.

She worked on Season 1 and 2 of Steve Austin’s Broken Skull challenge as a stunt woman/ obstacles challenge tester. She also was a tester for American Ninja Warrior season 8. 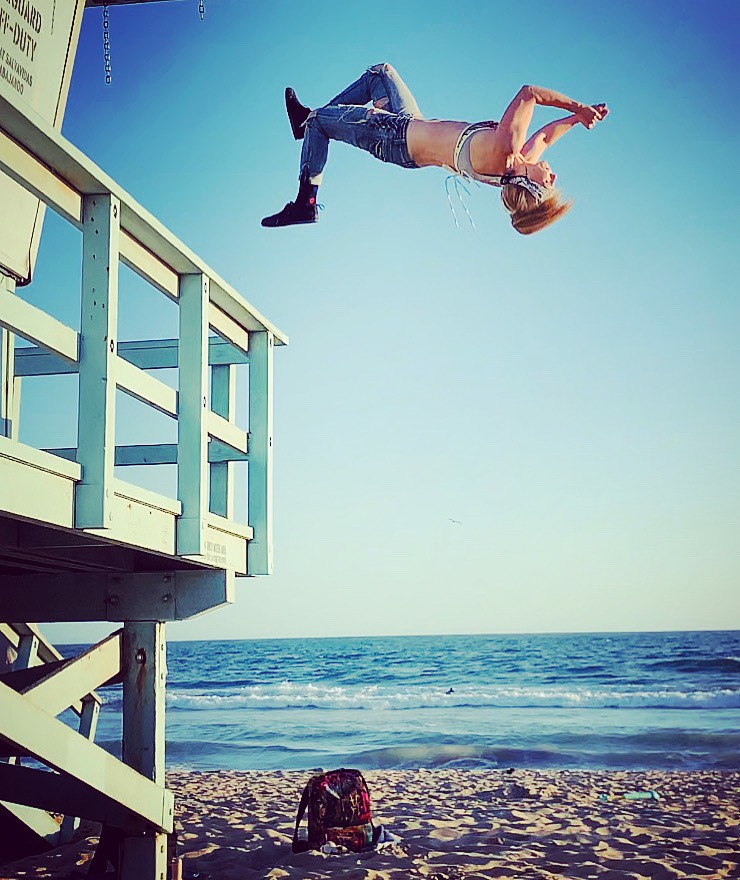 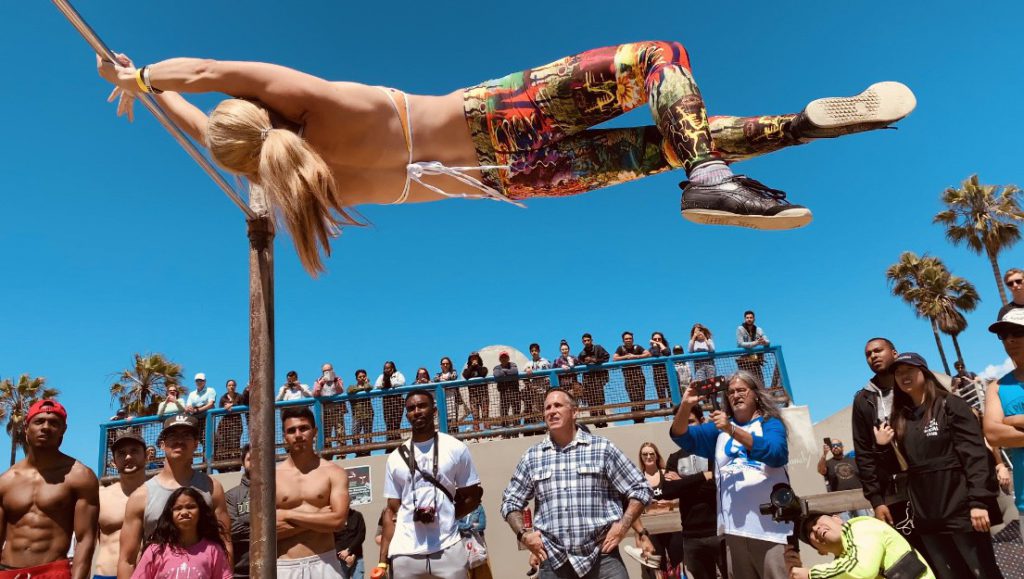 Alena has been certified by the World Freerunning and Parkour Federation for 4 years as a trainer as well as the NCCPT.  Alena also instructs at a trampoline boot camp in Los Angeles. Upon moving to Las Vegas in late 2014 she quickly found Camp Rhino and began teaching Ninja Warrior classes there. Alena is also now teaching Bootcamp 5 days a week for Camp Rhino. She has experience as a children’s gymnastics coach as well as various other sports for over 8 years. Three years ago Alena began competing in Obstacle Course Racing with immediate success.
Currently Alena is also teaching 5 classes for the UNLV PEX program in Obstacle course training and bootcamp. Alena competed in the 2015 OCR World Championships placing 27th. Alena’s teaching and life philosophy stem from spiritually and her love and passion for parkour and overcoming obstacles with efficiency. 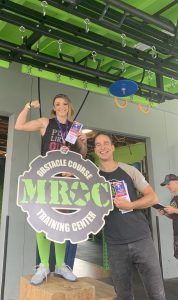 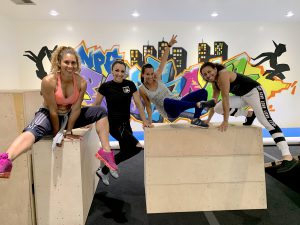 Alena loves inspiring and teaching others to push themselves to a higher level of greatness.