The word “Parkour” comes from the French “parcours,” which literally means, “the way through,” or “the path.”

What we now all know as “Parkour” with a “k” had its origins in a training program for French Special Forces known as “Parcours du combattant”, or “The Path of the Warrior.” It was David Belle, a French dude, son of a Parcours Warrior and the “inventor” of Parkour, who changed the “c” to a “k” and, along with his comrades, the Yamakazi, began the worldwide movement you are now officially a part of and which also includes the phenomenon known as Freerunning (confused yet? Don’t give up! You’re almost there!) 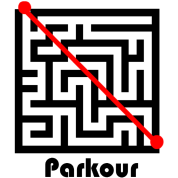 According to the strictest definition, Parkour is the act of moving from point “a” to point “b” using the obstacles in your path to increase your efficiency. Sounds like a fun game, right? A basic repertoire of moves developed over the years, like the “tic-tac”, the “kong vault” and the “gap jump” that make Parkour immediately recognizable to most people who see it, even if they don’t know what it’s called!

But a funny thing happened on the way to Point B. The cool, super-creative moves that the Yamakazi came up with started morphing, and since there was no one chasing them (most of the time) the efficiency part got less and less important to some of the Yamakazi, who decided they wanted to start throwing flips and stuff, and just generally expressing themselves through movement. The leader of that splinter group was named Sebastian Foucan, the guy from the beginning of CASINO ROYALE. David Belle decided he wanted to stick with the efficiency program, so he and Sebastian kind of went their separate ways, and the “two” sports started developing along separate but parallel paths.

For a long time, people argued about which was which (and which was better!) but while they were busy doing that a whole bunch of new guys (and some girls) came along and just started training, together or separately, picking up the skills they saw on YouTube, coming up with their own that played to their unique strengths and interests, and then sharing them through their own vids. Some liked to time themselves, some were just out to express. Some did it in urban environments, some in the forest. Some thought it should never be competitive or commercialized in any way. Some were anxious to compete, cause that was more in THEIR nature. And what do all these busy people call what they do? In the end, most of them decided it was all just movement, and more importantly, it was all just play. 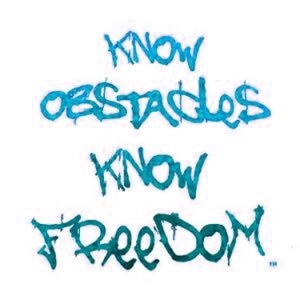 So what do we here at the WFPF believe Parkour (and Freerunning) to be? Haha! You’re not going to get us on that one! I will tell you what we know, though, and that is that Parkour, fundamentally, is a philosophy, and a way a life. It’s a way of looking at any environment and believing in your heart that there is no obstacle in life that cannot be overcome. Everyone is a unique individual, so no two people will come up with the exact same solution, but there is a “way through” for us all.

Little kids all learn to walk at their own pace and in their own way; they don’t start by jumping off rooftops, and no matter how many times they fall, they never give up. The basic fact never changes. We just need to pick ourselves up and start to play with whatever is challenging us right now, and to hold to the motto that to Know Obstacles is to Know Freedom!

If you’re still curious, read on for a more detailed history of Parkour, from exploding Volcanoes in the Caribbean to hostile jungles in Vietnam, from the suburbs of Paris, to London, Liverpool and LA!