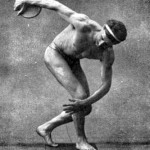 In 1902, a catastrophic volcanic eruption obliterated the town of St. Pierre on the Caribbean island of Martinique, killing some 28,000 individuals in a flash. A young, French naval lieutenant, George Hebert valiantly coordinated the evacuation of over 700 people, both indigenous and European, from the outskirts of the town. The experience had a profound effect on him. For as he watched people move in those crucial first moments, it seemed that the indigenous people overcame the obstacles in their path with grace and creativity, while the Europeans moved badly, searching for familiar pathways, which now no longer existed. It was clear to him that “modern man” had lost the ability to move efficiently and effectively in all but the most routine environments. In addition, the heroism and tragedy he witnessed on that day reinforced his belief that, to be of real value, athletic skill and physical conditioning must be joined with courage and altruism, an epiphany which gave rise to the original motto of parkour, “Etre fort pour être utile” – “Be strong to be useful.”

Traveling extensively, Hebert continued to be impressed by the physical development and movement skills of indigenous peoples in Africa and elsewhere. Based on these observations, Hebert formulated a physical training discipline that he called “the natural method” using climbing, running, swimming and man-made obstacle courses to recreate the natural environment. 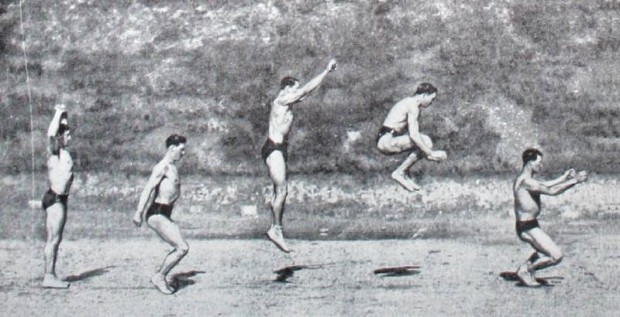 Hebert’s “Natural Method” soon became the basis for all French military training, and the first organized obstacle course training in the modern era. Inspired by his work, units of the French Special Forces in the 1950’s further developed Hebert’s work into what came to be known as, “parcours du combattant.”, or “the path of the warrior”.

Years later, Raymond Belle, a fireman and veteran of the French Special Forces, returned to his hometown of Lisses on the outskirts of Paris, where he introduced the discipline of parcours du combattant and the teachings of Hebert to his young son David and a group of David’s close friends, who then set out to adapt Raymond’s teachings to their “natural setting”, giving birth to what we now know as “Parkour.”

Belle and then best friend, Sebastian Foucan along with other childhood friends and family members established a group of “traceurs” (the original term for parkour practitioners), which they named the “Yamikazi”, after a tribe of warriors in Africa. As the first organized group of traceurs, the Yamikazi began to develop a following in France that included filmmaker Luc Besson. “The Yamikazi”, Besson’s film about the group accelerated the growth of Parkour.

It was around this time that a personal split began to develop between Belle and Foucan, with Foucan ultimately going his own way. Proficient in English, Foucan brought the discipline to the UK where he chose to call it “Freerunning” rather than “Parkour”. This became a source of both confusion and conflict as people came to define Belle’s “Parkour” as the most efficient way from point A to point B (no flips or acrobatics), and Foucan’s “Freerunning” as the most creative way from A to B, embracing influences from other movement disciplines such as break dancing, martial arts tricking and capoeira. This controversy continues to this day amongst a small community of purists, although Belle himself is known to have used flips in his own practice

David Belle and his former close associates among the Yamasaki have always been against competition.  This is also true of other groups of Parkour purists as well, such as Parkour Generations, Parkour UK, and FIADD who have maintained that Parkour is strictly a training discipline, NOT a “sport”, and have taken a stance against competition.

From the late 90s onward, the underground movement continued to spread worldwide with Belle dropping out of any leadership role to pursue his movie stunt career and other interests.  Foucan, as well, appeared in commercials and mainstream films.

WFPF Introduces Parkour as A Competitive Sport and Unites the Next Generation of Parkour Leaders.

In the years following, new leaders and pioneers emerged who did not necessarily identify with Belle or Foucan, who were actively pursuing their own individual careers.In 2008 WFPF was formed to unite these new leaders and introduce Parkour as a sport.  WFPF is the first organization to have created a competitive format using the name of Parkour.  The result of this was WFPF’s groundbreaking series MTV’s “Ultimate Parkour Challenge” which aired in 2009 and 2010 to a viewing audience of 3.5 million people.  The series still holds the record as largest viewership ever of a Parkour event or competition.  Ultimate Parkour Challenge was developed in full partnership with the new generation of Parkour leaders who partnered with WFPF because of what they saw as a lack of leadership in the world Parkour community.

Because of WFPF’s consistent message and philosophy of inclusion of all points of view regarding Parkour, rather than a purist exclusivity and disdain for competition, WFPF quickly developed a global following and began the hard work of creating a true infrastructure that could support the long term growth of the sport.  In answer to calls from around the world for instructor certification, guidance and mentorship, insurance, and competition and event sanctioning, WFPF matured into a nascent world governing body for the sport of Parkour. 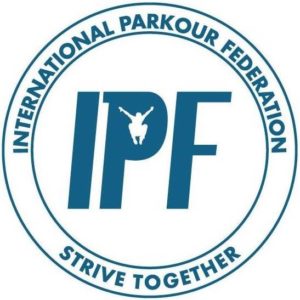 From 2012, WFPF has focused its efforts on assisting in the spread of indoor parkour programs in gyms and other facilities as a safer supplement to outdoor training for the next generation of parkour athletes, starting at age 5 or younger, throughout the US, Canada, and soon the U.K., Europe, and China. WFPF’s Teaching Certification Program, created by a team of top athletes led by Robbie Corbett, WFPF Master Trainer, has certified nearly 800 parkour instructors in the US and Canada.   WFPF, through its partner organization USA Parkour (USAP), has provided insurance coverage to nearly 70 gym and college programs across the United States.  WFPF/IPF certification has recently been adopted by British Columbia Gymnastics as a prerequisite of insurance coverage for Parkour programs at their 70 gyms throughout British Columbia, Canada.

In 2014, the WFPF founders launched the International Parkour Federation (IPF), a US non-profit dedicated to the advancement of parkour worldwide, assisting in the formation of national and continental governing bodies around the world.  Most recently, IPF helped in the creation of the Asia Freerunning Parkour Union, headquartered in Antalya, Turkey.   In 2014, IPF applied to Sport Accord to begin the process of formal recognition of Parkour as a sport with IPF as its international governing body. IPF, in partnership with IPTC  (International Professional Training Certification), is bringing the WFPF  teaching certification to Thailand, the UK, Morocco, and China, with other certifications in other countries also in the planning stages.

In partnership with WFPF, IPF has continued to sanction competitions big and small around the US and across the globe, including the Urban Runners Challenge in Mexico City, Mexico, Vigo Street Stunts event in Vigo, Spain, WFPF “Jump Off” Parkour Championship Mandalay Bay- Las Vegas 2016 and 2017, to name a few.   In 2017, under IPF guidance,  WFPF “Jump Off” Las Vegas held the first ever all female Parkour competition division with an all female judging panel.   In September 2015, WFPF sanctioned the first-ever University competition at USAP College affiliated school, U.W. Plattville, Wisconsin, USA.  The USAP College division continues to grow under the direction of its founders and directors, Matt and Greg Milano.

Parkour continues to grow exponentially among practitioners and fans alike. In March of 2014, parkour passed skateboarding in Google trends and has continued to ascendance in the years since.

IPF continues to carry forward internationally with WFPF’s mission of inclusion and cooperation with all Parkour groups worldwide with the goal of advancing this dynamic new sport to its proper place alongside other recognized sports and disciplines.