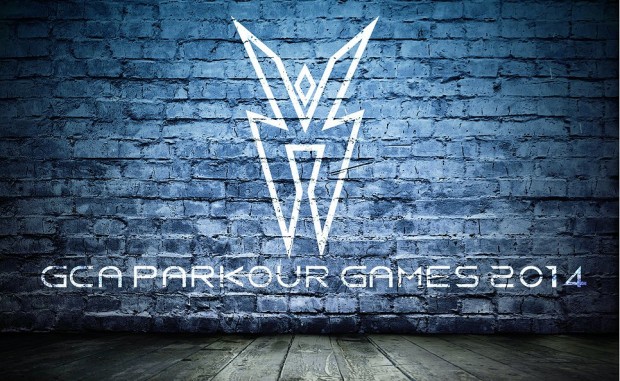 The GCA Parkour Games on June 21st marked WFPF’s first ever sanctioned competition using their own gameplay. Day 1 of the event featured 26 athletes age 15 and up from across the East Coast and Canada.

The first round, a speed round designed to incorporate the entire gym, quickly divided the playing field based on each athlete’s confidence at height.While the majority of athletes’ times hovered between 25 and 35 seconds, Greg Eckels (18 s), Murphy Betancourt (17.5 s), and Sam Blattner (15.2 s) tore through the course to grab the top 3 speed round positions. The next round, based around a timed, target-oriented freestyle round, was dominated by Boston native Alfred Scott. Alfred started his run with a sitting gargoyle gainer and kept that difficulty level up for the entire 25 seconds, earning a perfect 10.0 in the difficulty/creativity and execution categories. Greg Eckels threw down an equally massive run with a huge, techy drop pre and some consequence-laden sideflip pre’s. Both earned spots in the finals alongside Murphy Betancourt, Sam Blattner, Curran Ferrey, Sam Velasquez, Mike Gonzalez, Kyle Hutson, and Shay Subramanian.

The finals started with another running of the speed course. Fan-favorite Sam Blattner sped through the first half on pace to beat his own record but tweaked his ankle on a cat leap toward the end. He decided to play it safe and pull out of the finals, leaving GCA’s own Murphy Betancourt with the fastest time on the speed course. London via Australia via New Yorker Greg Eckels and Hub Freerunning’s Curran Ferrey were a close second and third and chose first for the “Challenge” round. This round, based loosely around the game HORSE, gave each athlete the opportunity to choose a challenge that the other athletes would have to replicate. Group B (Mike Gonzalez, Shay Subramanian, Alfred Scott, and Curran Ferrey) put on a serious show during the challenge round, pushing each other to try unfamiliar movements and combinations on the spot to stay in contention. The challenges (including a barefoot running crane at head height) were matched only by the amazing feeling of camaraderie as each athlete fed off the others. At the end of the challenge round Greg Eckels, Murphy Betancourt, and Mike Gonzalez were in the top three positions. Alfred Scott decided to pull out of the final round due to knee soreness and the running order for the jam round was decided. Kyle Hutson (Massachusetts) went first and stunned the crowd with a huge run that blended high levels of difficulty with excellent execution. While Shay Subramanian, Murphy Betancourt, and Greg Eckels also had fantastic runs in the final round, Kyle won the jam round and overtook Mike Gonzalez to finish third overall. Murphy Betancourt threw down some ridiculous tricks and won the speed round to come in second place, but it was Greg Eckels’ consistency, technique, and power that brought him first place in the GCA Parkour Games. 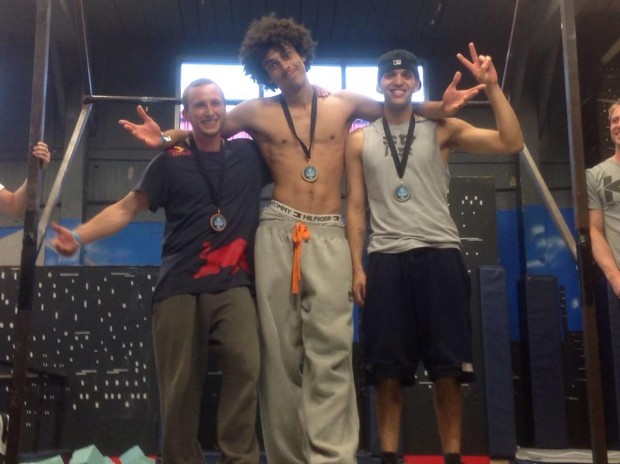 After grabbing a few photo ops and their respective prizes, athletes were given the opportunity to offer anonymous feedback on the judging system and gameplay. Overall, the event was fun for both the athletes and spectators and a great beginning for WFPF’s new gameplay!