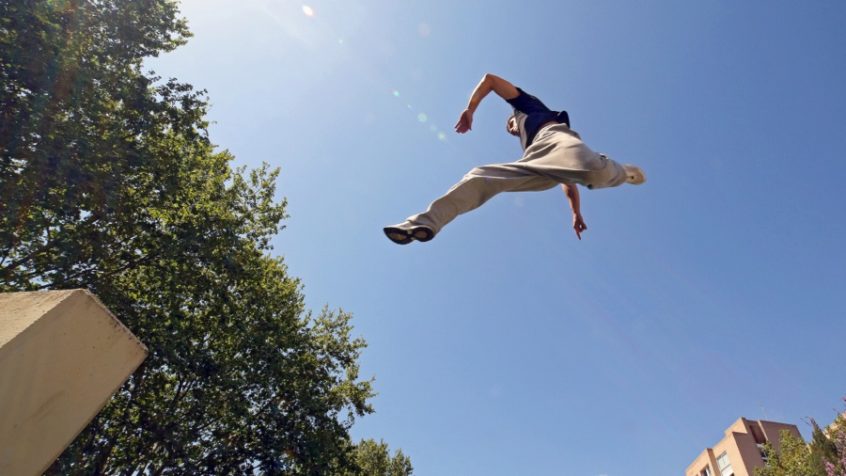 Hi, my name is Adán Pérez Plaza! I’m 22 years old and I’m from Catalonia, Lleida (a small town where I live since I was a child. I started in the world of martial arts at the age of 4 and at age 10 I began to compete up in national tournaments. I practiced a lot of martial arts, tae kwon do, karate, jiu jitsu, judo, capoeira and aikido. Over the years I realized these martial arts rather formed me as a person, so I went apart from the competition.

Finally at the age of 19, I found a link with parkour, although initially I go out in the world of acrobatics. In parkour I could find what I needed with the martial arts, a pure relationship between body and mind, based solely on the individual self-improvement. I was Lucky this 2009 because I began my degree course in CAFyD and I discovered parkour.

When I began my first course I began to do acrobatics and some urban movements in the evenings after classes, and after this I began to investigate about parkour universe. Actually I graduated in Sciences of Physical Activity and sports in High School of INEF Lleida. I enjoy traveling around the world, I visited Paris, Madrid, Tenerife, etc. and a lot of countries for visit!